Jamie made us breakfast this morning, which was not only extremely luxurious for us, but it was also a fantastic spread. Scrambled eggs with greens, bacon, croissants with homemade cherry jam, yogurt… I’m getting hungry writing this. 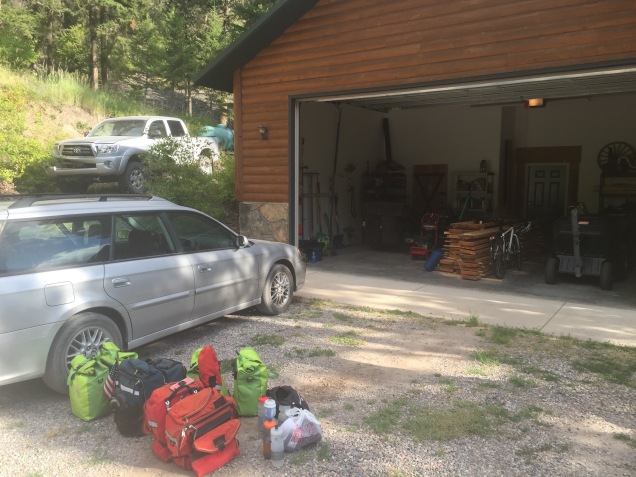 We packed up, and Jamie and Petunia drove us back to the main part of Missoula (her house wasn’t quite on our route) stopping at the grocery store and the post office on the way. 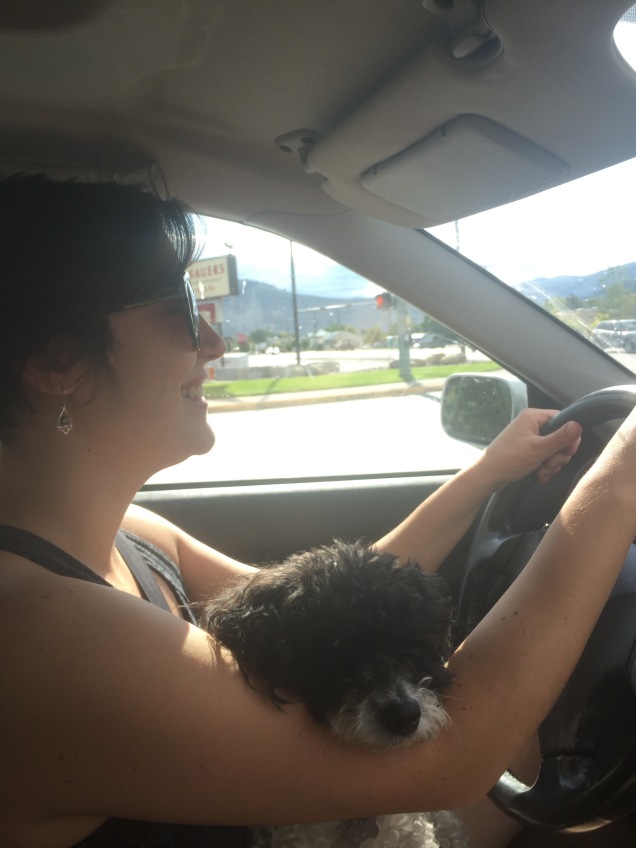 When we went to put our panniers back on the bikes, we were horrified to discover that we’d forgotten the tent in her garage! But without a hint of irritation, Jamie turned around for it. Aidan went along while I stood guard by our bikes at the gas station. After saying goodbye to Jamie and Tunes, we pedaled off into the wind toward Lolo Pass. At times, it was one of our strongest headwinds of the trip, but we settled into our saddles and were content to just take the time we needed to get up the mountain. We tried not to keep track of the miles we’d covered, but I think the first 10 miles took us more than 2 hours. It was uphill, but barely so – just enough to notice.

We were welcomed at the top of the pass by a new state and time zone! 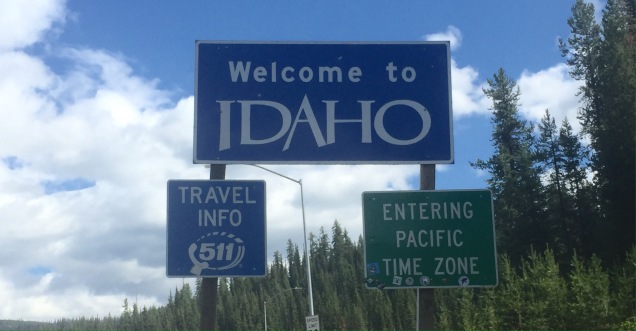 We gained an hour as we passed into Idaho and the Pacific Time Zone – and we took a much-needed break in the visitor center. They even had free tea and hot chocolate available! We had Meg’s Indian food up there too, and all the motorcyclists and other tourists were jealous. And they were right to be jealous, because it was a wonderful meal!
We met another biker on a tour across the U.S., who is from Germany but has connections in Montana from a high school foreign exchange. We enjoyed meeting him, and ended up camping in the same spot later on.

The downhill was so much fun, especially when we caught up to a parade of cars behind a truck and got to draft! 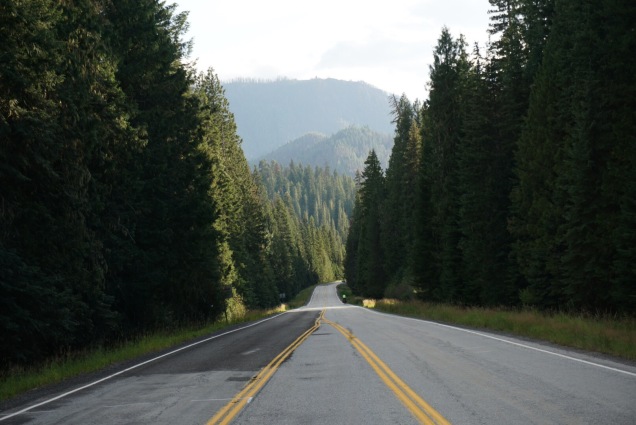 Well, it was fun until my pannier broke. I heard the rattling noise of the little plastic attachment thing falling off, and stopped quickly to turn around for it. After a few minutes of searching that section of the road, I was fairly certain it had rolled under the guard rail and gone sailing over the cliff. But just before I gave up, there it was! I was still missing the bolt though, and was unable to track that down. So we temporarily fixed the pannier on with the remaining fastener and lots of duct tape, and rode down 12 more miles to Powell, Idaho (another Powell!) and got to camp for free by the convenience store/restaurant/cabins/entire town.

Once we got there, I was able to find a bolt the same size on my fender, and with some swapping of bolts I got everything held in place! I can’t believe how lucky I was to find that little piece on the ground – unlike the almost universal bike bolt, it wouldn’t have been easy to find a replacement.

Overall, it was a great day. 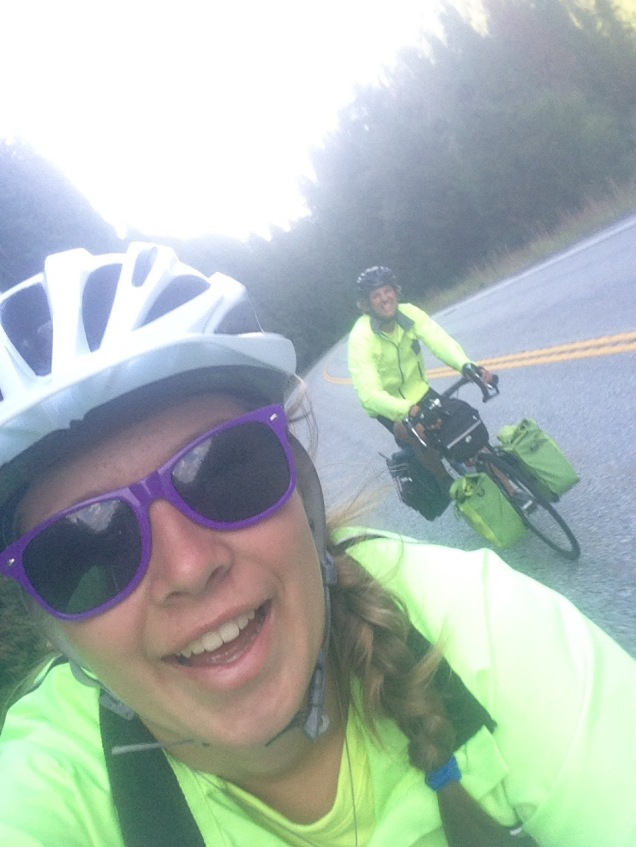