Today was one of the most intense ones yet. We biked for about an hour before arriving at the beginning of our climb into the bighorn mountains. It was almost 15 miles of uphill – between an 8% and a 10% grade all the way! We got into a rhythm of pedaling along, stopping every once in a while for snacks and viewpoints. 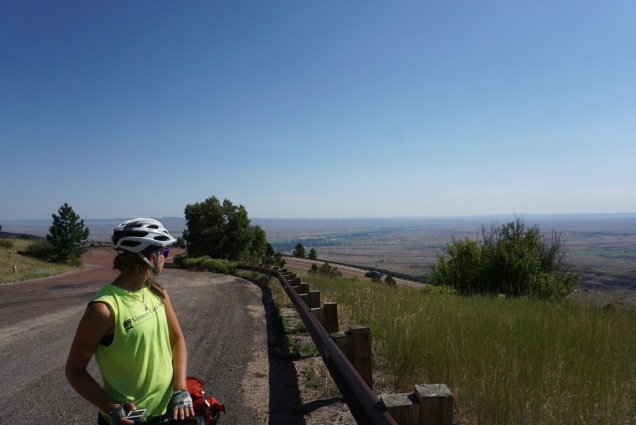 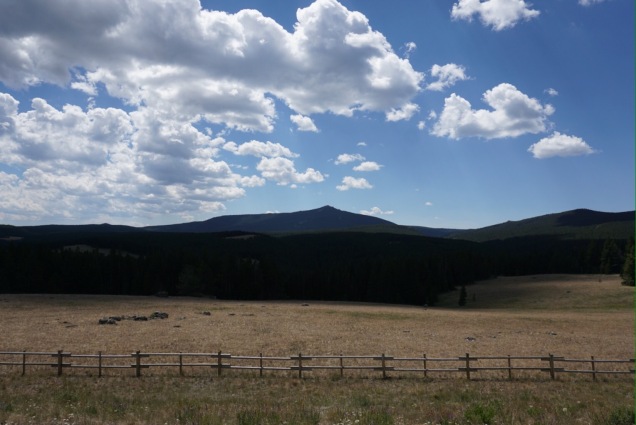 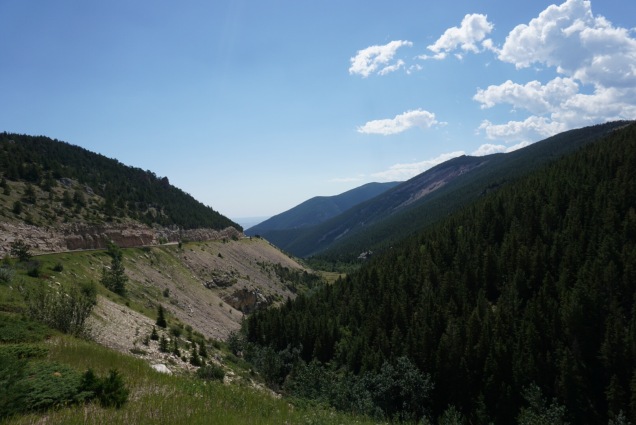 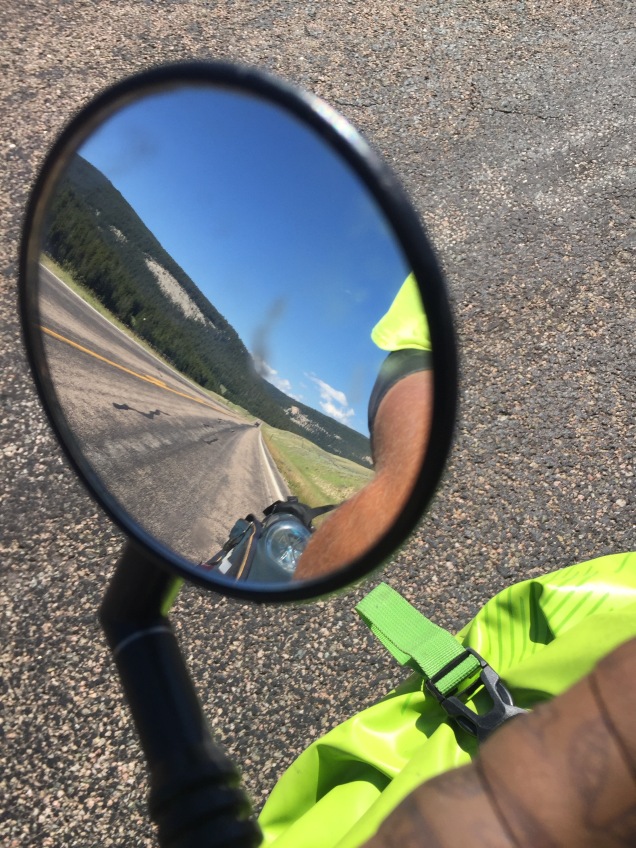 At one overlook, we met a guy traveling in his mini camper he’d built! A beautiful little setup with cedar siding and carefully carved dovetail joinery on the doors and windows. It was a simple and classic aesthetic, especially in such stark contrast to the giant RVs and tour buses driving by. 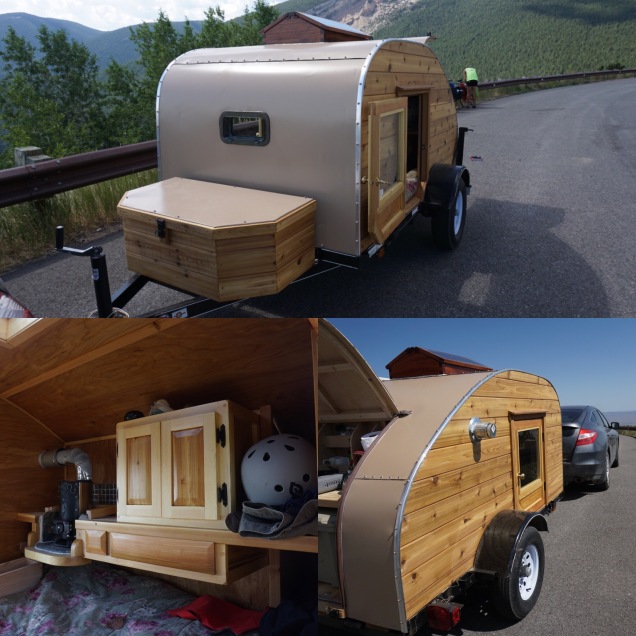 And at another pull-off, we said hi to two people with a Massachusetts license plate. They were excited to hear we live in the Burlington area, and mentioned the Skinny Pancake – which we assured them we knew well. But even better was when we discovered that their Burlington connection (brother/son) has played music with Aidan! 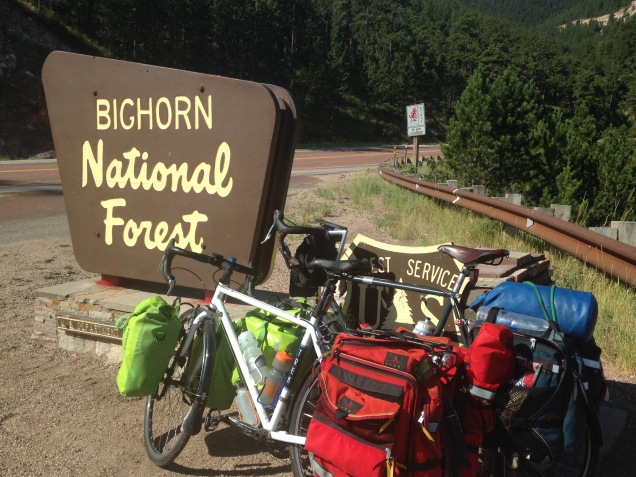 The views were amazing all the way up, and we were both so happy to be back in mountains. Clear and cool air, curvy roads and beautiful green pines… Ahh.  That excitement lasted all through the morning, and we were still in quite cheery moods when we stopped for lunch. 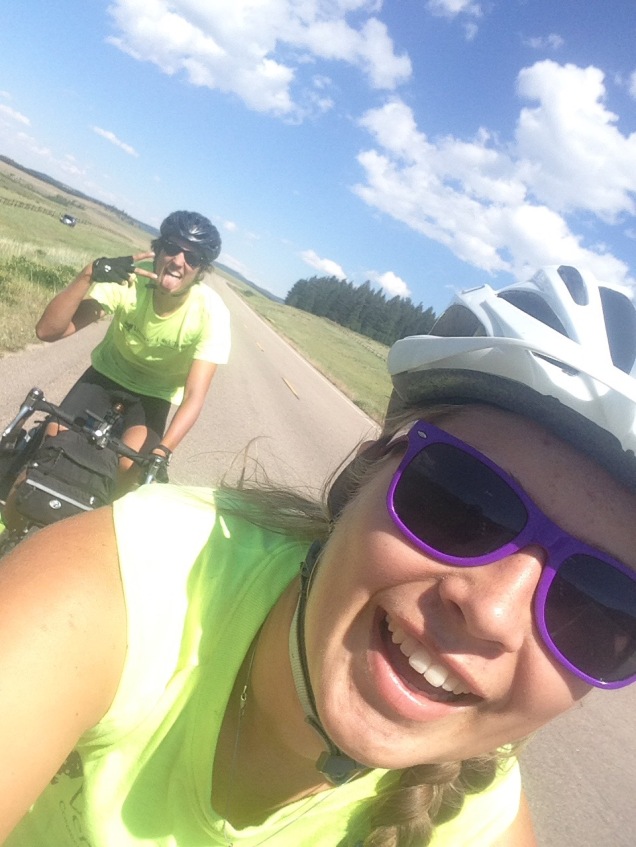 That was a little ways after we made it past the second set of signs warning us about potential runaway trucks. We celebrated getting to “the top,” then cruised downhill and across some flats to an inn/resort for lunch (but our food). We made a serious improvement to our typical pb&j wraps by frying the tortillas in lots of olive oil before assembly.  We also enjoyed those crispy tortillas with Wendy’s fantastic homemade Nutella! It tasted like a French pastry.

The next town on our maps was Lovell, and it didn’t look that far away, so we asked someone for his opinion. He said we could make it tonight no problem – he said the highlands would be a breeze, something he guessed he could run in an hour and a half. He said we would get to a steep downhill that would bring us back down those 14 miles, and then the rest of the way to Lovell would be slightly downhill. Well. We started out with a few miles of gradual downhill, and then the land began to slope gently upwards. Granted, it was not very steep uphills, but our front tires were at a slightly higher elevation than the back ones. For another 8 miles. But uphills always come with rewards – today we got more incredible views, cool temperatures, and a new wildlife sighting! 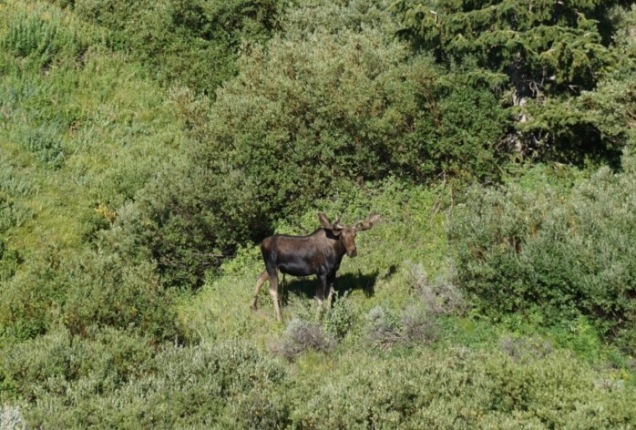 Nobody else saw this moose today,  even the cars that passed us as we stood by the side of the road, gaping down into a ditch. We stared at the moose, and the moose stared right back at us, then turned and disappeared behind some bushes.

The descent down the other side of the mountains was even more rewarding than we’d anticipated. There were runaway truck ramps every few miles, and signs of warning at almost every turn. 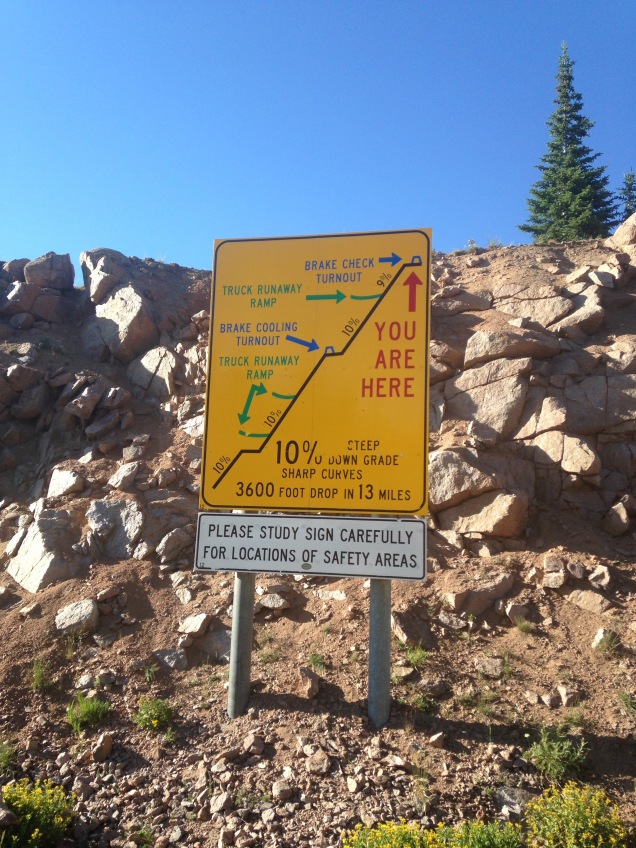 We had to stop frequently to take in the landscape and to get photos. 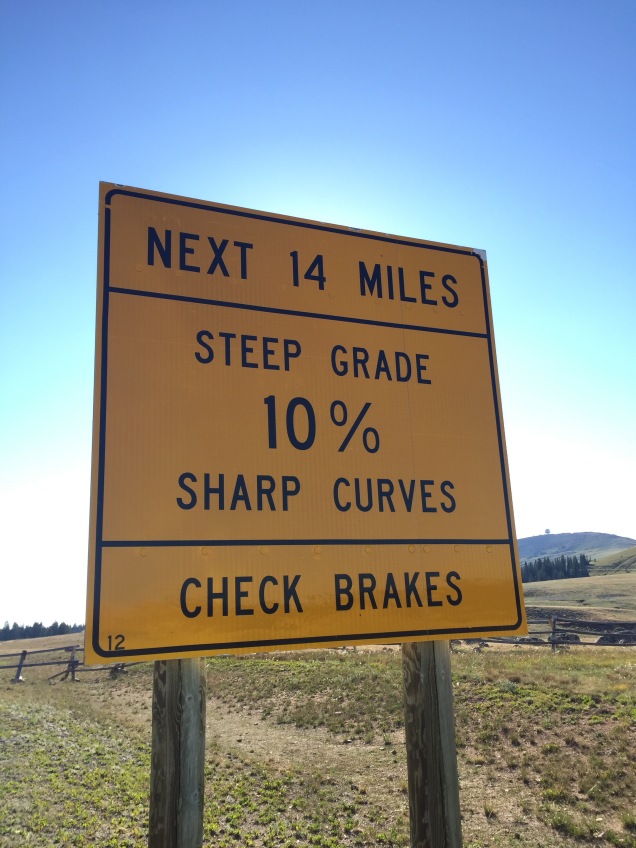 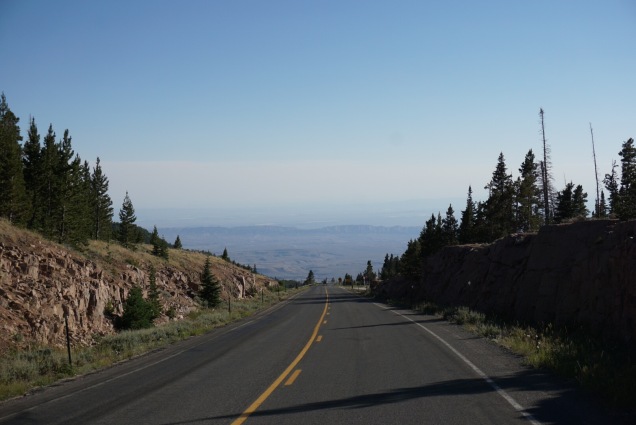 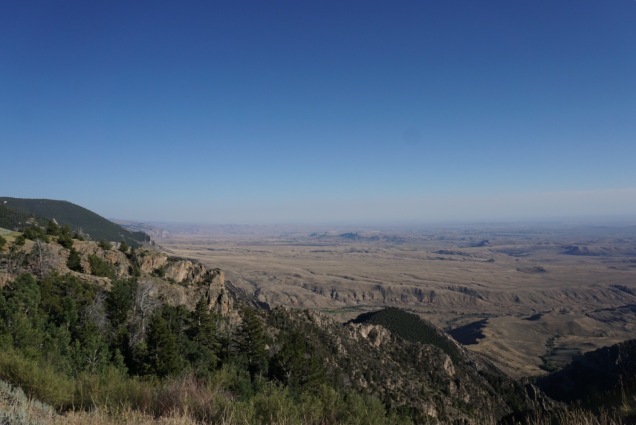 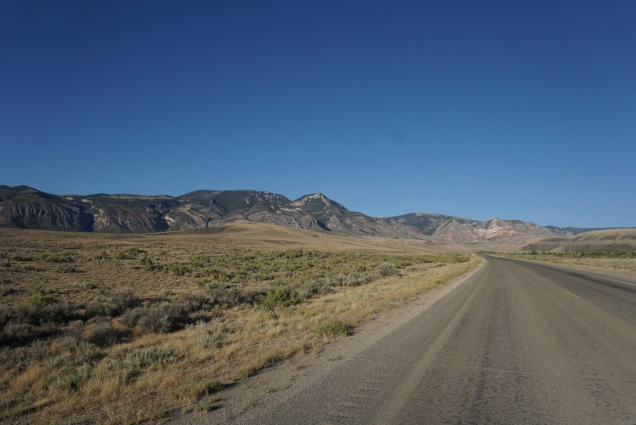 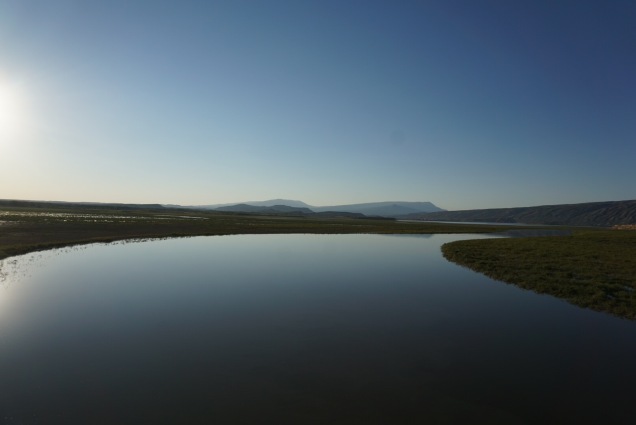 When we arrived in Lovell, we had yet another great interaction with people. We were filling up water bottles in a gas station, and started talking to 4 guys on a motorcycle trip. They were on a similar route starting from their homes in Michigan, but there was one major difference – one of their days is equivalent to about a week for us! They were really great to talk to, and we’ll keep an eye out for them heading back!

We found a nice campground in town, free to camp and had showers! We ate a meal of delicious Indian food with rice from our package from Mary – thank you! So wonderful.