We were on the road fairly early this morning, heading west toward Sarnia. We stopped to fill our water bottles in Port Stanley, and had a great conversation with some local guys, one of whom is actually bike touring around Ontario now! They told us about an Australian biker guy in the town, and said he’d have some great stories for us if we happened to run into him. Unfortunately, we didn’t get a chance to talk, but we did catch a glimpse of him, riding his bike cheerfully down a hill with  his Australian hat.

We were optimistically and somewhat over-ambitiously hoping to make it to Michigan tonight, which would have made for another century ride.

The wind was in our faces, but it was beautiful out today, and everyone was incredibly friendly. 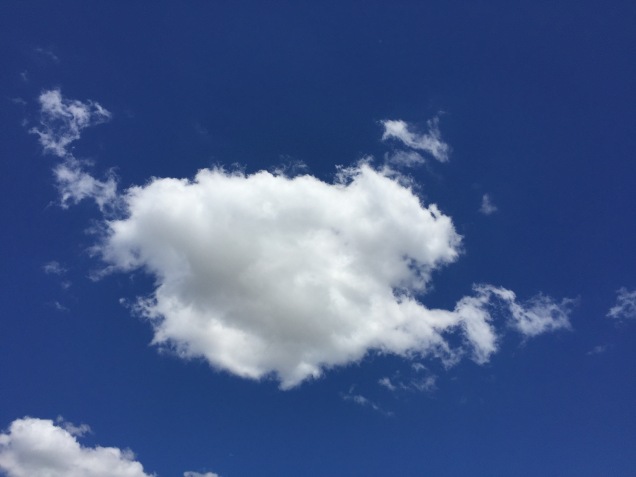 One guy slowed down his Coca Cola van to tell us (in a strong Canadian accent) “Nice shirts! You stick out like a sore thumb!” And with a smile and wave, he continued on. So moms, we stick out like sore thumbs on the road – don’t worry too much.

Along the way, a car pulled over and a woman (with a share the road with bikes bumper sticker) named Mary offered us a place to stay for the night – with a shower! We were still imagining cruising on to Port Huron to hopefully meet up with my dad’s good friend Trisha White, but when those plans didn’t work out, we called Mary.

We turned away from Oil Springs, biked through Petrolia, and made our way to Wyoming (town, not state).

Even though we were pretty close, we of course had to take another snack break, and it was time for me to pull out the long-awaited, huckleberry-flavored energy gel from C.J. Spirito! It exceeded all expectations. And we were nearing 80 miles for the day, so it was very much needed.

Mary’s husband Dino found us along the way from his motorcycle, asked us about dietary restrictions and preferences (we’re not easy – one vegetarian and one gluten/dairy free) and when we arrived at their house, not only did we get hot showers, we also got a delicious meal that met our complicated restrictions! Thank you so much to Mary, Dino, Solomon, and Allison!!